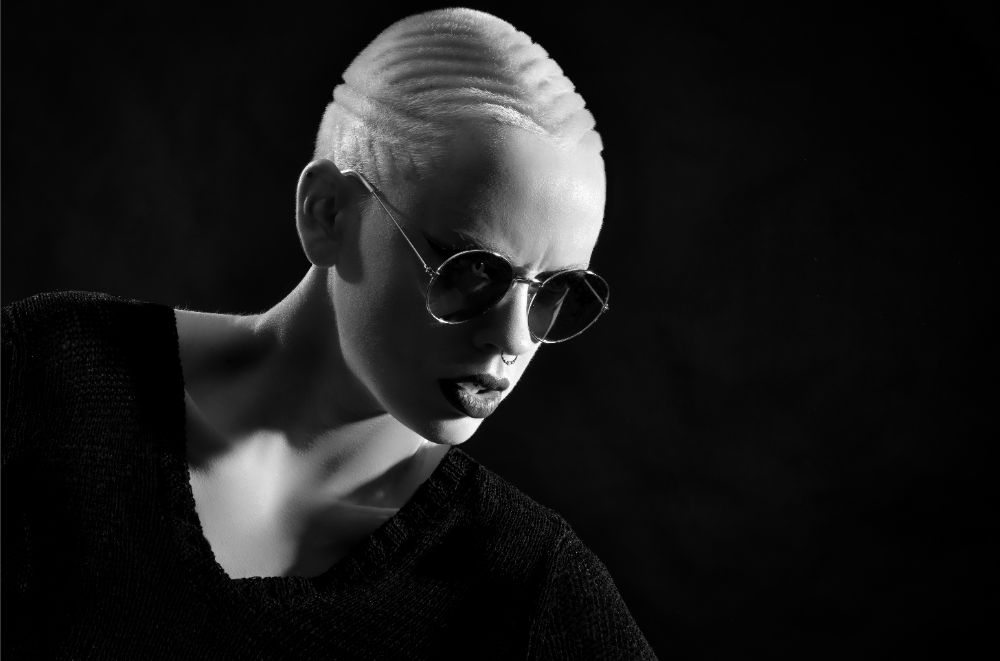 Always looking for new challenges. Especially when you get the chance to work with supermodel Sharon, for whom nothing is too crazy. I had seen completely shaved patterns all over the head a few times. I had done something like that occasionally, but always on one part of the head (side, neck). What would that be like, the whole head shaved in patterns?

Sharon agreed (of course) so we started. First, I had to remove relatively long locks. Julienne let her hair down.

The result was bleached. After the bleaching, the hair was toned. So far, there was nothing new on the horizon. 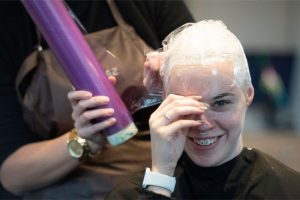 I shaved the base a bit shorter. And after that, I just started. Beforehand, I thought about what would work and what not. I had heard from a colleague that you should never shave the lines parallel to the contour line. Especially in the neck, that technique does not work. The lines must be shaved perpendicular to the contour line. 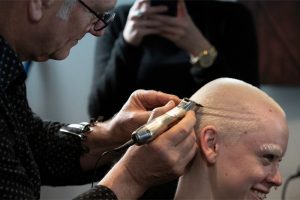 You need a steady hand, but that actually applies everything in the hairdressing profession. Since a model can suddenly move his or her head, you have to look for support by resting your hand. 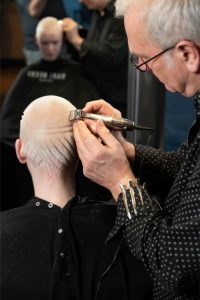 After shaving the patterns, the make-up artist (Camilla) and photographer (Martin) could get to work. This time there was no styling. Maybe next time.

A few weeks later we had arranged a second session. Of course, I wanted to do something different and the inspiration was: Keith Haring. The artist who became famous with his African dolls. I studied his work and practiced the patterns with felt-tip pen on paper. I also drew them on a picture of Sharon’s head to see how they would end up.

Keith Haring has done a project with Grace Jones, in which he painted an immense dress. But that project also made extensive use of body painting. Well… Then you have so much inspiration! The sky is the limit. The make-up artist this time was Annemieke. She literally did not turn her hand around for some body painting. And Stefhanie made the finishing touches with mainly beautiful jewellery.

In a third session, we tried out other patterns on Sharon’s head. The inspiration was the Dutch art movement called ‘’NUL’’ (Jan Henderikse). In addition to being a fantastic make-up artist, Annemieke turned out to be a handy stylist: Sharon got rolled up with wrapping paper. I photographed myself.

Another model also showed interest: Jill Valerie. There is a famous haircut from Hob Salong in London (Issie Churcher). Not copied, but used as inspiration. Annemieke did the make- up and styling again, while I did the hair and photography myself. 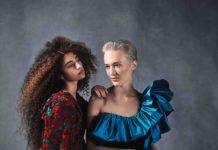 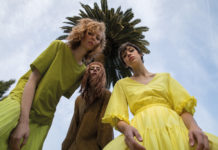 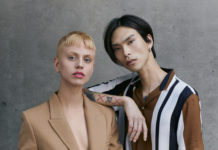 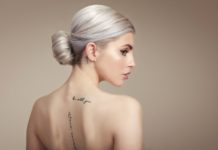 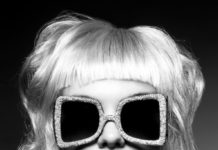 OUT OF SIGHT Collection 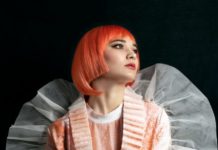 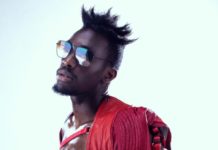 TEAR ME TO PIECES Collection 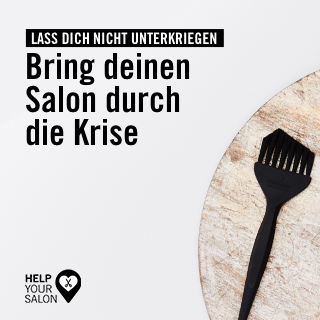 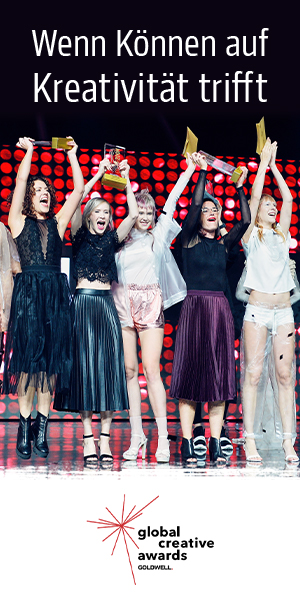